I am so excited to write this post because it was such a fun evening with my girls. This was also the night we celebrated Alexis’ birthday over tasty drinks. 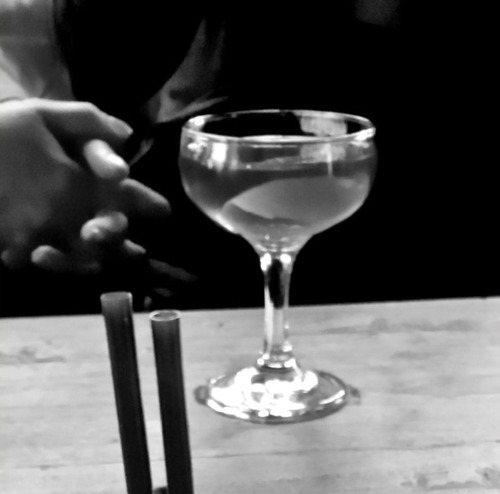 The birthday girl chose Alchemist as our venue. Alchemist is a bar and lounge located at South of Market, not far from the ball park. Alchemist is located on the second floor of a loft building. Be ready to show your ID at the door. A spacious and attractive bi-level space with hard wood floors, very high ceiling and exposed beams welcomed us. At around 5:30 in the afternoon, the crowd was still pretty sparse. Couches, benches and high bar tables and stools were scattered around the loft. Cool gadgets depicting “tne art of alchemy” were scattered all over the place including test tubes, flasks, antique centrifuge machine, even an old Bible. (I do not like it when items that are considered sacred are used irreverently as part of interior decoration.)

We had the the leather couches at one part of the room all to ourselves with our backs to the huge windows. 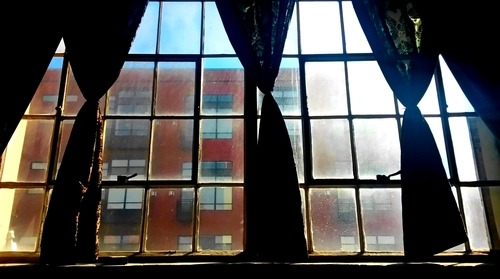 Despite being close to empty, the place was loud. The music was blasting. Our drink orders were taken by a server.

We had 2 rounds of pretty delicious and well-crafted cocktails. (8 cocktails between the 4 of us.) *I had a sip of Jannette’s scotch drink but she warned me against it. It was delicious but told me it would be too strong for me. She was right. It was potent! Overall, a fun venue with great cocktails.  Yummy-sounding non-alcoholic cocktails are also served.  Prices are standard – between $11 to $12 per drink. We were disappointed that their website says that appetizers are available. When we got there, we were told that they were not serving food at the moment. We were redirected to the restaurant next door which turned out to be packed because there was a baseball game going on that afternoon.

Which was fine because we continued to have more fun at  Garaje!

Before we left, Alexis opened our presents for her, caught up on what’s up and as always Heather spoiled us with pretty stuff.  I have the best gals in the world!

Next: More girl-bonding at Garaje….

2021 BOOK 24 • It was the best timing when I finished reading Arsenic And Adobo which is a Filipino-American cozy mystery.
2021 BOOK 23 ♡ Since it is National Ice Cream Day today, I decided to post my review of 50% Off Murder. The theme of this cozy mystery is bargain shopping (my kind of shopping). The story also made lots of mentions of ice cream sundaes at a fictional 1950s vintage building selling "soft vanilla ice cream dipped in cherry coating, and soft chocolate ice cream dipped in chocolate....." (Are you craving ice cream yet?) 😋
My little backyard is nothing to look at but Mr Sweetie worked hard to clear it of old fences while I worked hard to take out the old dry bushes and roots. Now it is my little happy space.
2021 BOOK 22 ♡ Fan Girl is my first manga/graphic novel ever. I mentioned to a friend that I heard about Fan Girl and would like to read it. She got me the book which turned out to be the manga version. My friend is very sweet...
Currently reading 6 books at the same time. 😂(I just finished 1 out of 7 books.) I am in the middle of all of them.🤣
2021 BOOK 21 ♡ Hope those who celebrate had a great 4th of July holiday.
Follow Bay Gal on WordPress.com